The History of the Electrician 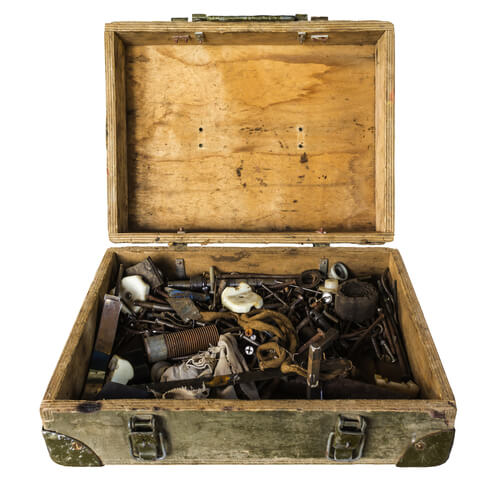 For a trade that is highly important and used throughout the world, the development of the profession of being an electrician is very interesting. Starting from the discovery of electricity to the creation of many gizmos, wiring and appliances – there were always individuals who were willing to test and innovate to create the vast amount of electrics that we see today. The profession of the electrician has developed through time to the highly demanded and skilled trade that we typically see today. In this article, we will discuss the progression of the electrician through time as well as how electrics have developed into the modern world.

Should you require a skilled electrician in Newcastle or an emergency electrician service in Newcastle then ensure that you contact B&K Services today or telephone our team now on: 0191 262 8412.

The Development of Electronic Devices

Electricians install, repair and maintain a wide range of electrical equipment and appliances. The need for this largely stemmed from the public’s desire for new appliances as well as the development of electricity and what we could do with this mysterious force. In the late 1800s, electrical devices were beginning to be showcased around expositions and fairs with displays being highly popular and exciting. The demand for these devices naturally massively increased and people who could design and build these devices were offered a highly lucrative business. This is where we started to see the first electricians appearing across the world as sort of inventors, trying to find new ways to change the way that these devices operated.

Electricians’ Transition into the Modern Role

As we approached the 19th Century, electrical devices were becoming more and more common. Lighting, wiring and other electrical devices became highly popular at the end of the 19th Century with households starting to be able to purchase these systems. Thus, people were moving away from more typical oil and lamps and started to look at lighting systems for their homes using electricity. Three specialisation areas appeared for electricians of the late 19th Century with electricians specialising in industrial electrics as well as commercial and domestic electrics (similarly to the modern day.)

Development to the Modern Electrician

The emphasis for safety soon became apparent with electrical wiring in homes becoming the norm in the 20th Century. As electricity was highly dangerous, the need for engineers and technicians that understood the dangers of electricity and ways to be safe around electrics became much more important. The divide into domestic, commercial and industrial specialisations became even more clear-cut and this separated electricians into these categories. These required specific skills and training which thus ensured that the profession was supported with training as well as professionalism. Now it’s easy to see why the role of an electrician is so important. Electrical appliances, as well as other devices, are becoming more and more advanced and the skills of fully qualified trained electricians like the team at B&K Services match this development in technology. Now, the need for qualified and trusted electricians is highly important as wiring and other aspects of your home need to be repaired or installed correctly and safely.

It’s fascinating to see the humble beginnings of inventors and individuals that tested different devices and applications of electricity all the way to the establishment of the role of the modern electrician today. We’ve come a long way from the original limited electrical devices and appliances to the range of modern appliances and other electrical gadgets that we are familiar with today. The emphasis for safety ensures that your electrics can be installed correctly and effectively with the use of a highly skilled and trained electrician. The team of electricians at B&K Services have many years of experience carrying out a range of domestic electrical services. We offer a comprehensive range of services, from issuing landlord certificates, carrying out electrical rewiring, the installation of appliances as well as carrying out electrical safety tests on appliances and wiring in your property. Should you be looking for electrical services in Newcastle then contact B&K Services today. Alternatively, telephone our friendly team today on: 0191 262 8412.

We use cookies to personalise content and ads, to provide social media features and to analyse our traffic. We also share information about your use of our site with our social media, advertising and analytics partners who may combine it with other information that you’ve provided to them or that they’ve collected from your use of their services.
Accept
Change Settings
Cookie Box Settings
Cookie Box Settings

Decide which cookies you want to allow.You can change these settings at any time. However, this can result in some functions no longer being available. For information on deleting the cookies, please consult your browser’s help function.Learn more about the cookies we use.

With the slider, you can enable or disable different types of cookies: